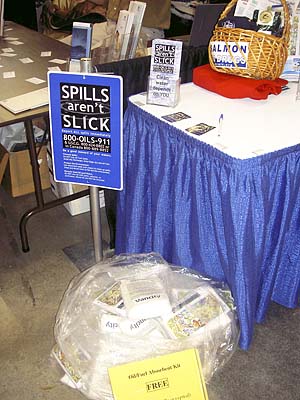 The Pacific Oil Spill Prevention Education Team (POSPET) evolved from the simple premise that small oil spills can add up to cause significant environmental and economic harm, and that they are a regional problem that can be remedied more effectively through collaborative projects drawing from existing talent and resources. For over a decade, POSPET has served as a forum for exchanging information and outreach ideas about prevention of oil spills and other boater best management practices while providing boat and marina operators with a consistent and accurate pollution prevention messages. POSPET members include representatives from state and federal agencies, industry associations, and nonprofit groups from Alaska, British Columbia, Washington, Oregon, California, and nationwide.

The POSPET team members also track the number of certified “Clean Marinas” and “Clean Harbors” within their jurisdictions, where these programs exist. Table 1 lists the current number of facilities certified in Alaska, British Columbia, California, Oregon and Washington. These certification programs recognize marinas and harbors that educate boaters on spill and pollution prevention practices. Each certified facility must be re-certified every 1-3 years.

Total number of certified Clean Marinas or Clean Harbors as of July 1, 2013 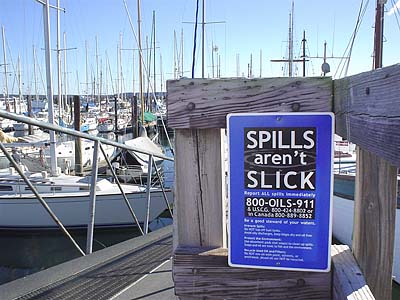 Another successful achievements of the POSPET team is the Spills Aren’t Slick campaign, which has done much to bring the impact of even small releases of oil on the environment. The team created a set of Spills Aren’t Slick signs and decals, which are widely distributed by POSPET members. These have been posted at boat ramps and marinas, among other highly visible locations. 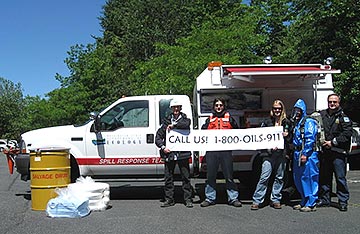 As part of the Spills Aren’t Slick campaign, POSPET publicizes 1-800-OILS-911, a toll-free number for the general public to report oil spills. It’s an easy number to remember and can be used anywhere on the West Coast from British Columbia to California. When a boater calls this number it is automatically routed to the emergency office of the relevant jurisdiction.  In 2012, the calls by jurisdiction are summarized in Table 2 (Note: at present, Hawaii and Alaska are not participating in the program)