The mission of the Office of Spill Prevention and Response is to provide best achievable protection of California’s state surface waters and natural resources by preventing, preparing for and responding to spills of oil and other deleterious materials, and through restoring and enhancing affected resources.

Office of Spill Prevention and Response (OSPR), a division of the California Department of Fish and Wildlife, is the lead state agency for spill response in California. OSPR was established by the Lempert-Keene-Seastrand Oil Spill Prevention and Response Act of 1990 (Act). The Act provides the OSPR Administrator with authority to direct spill response and cleanup, as well as natural resource damage assessment and restoration. 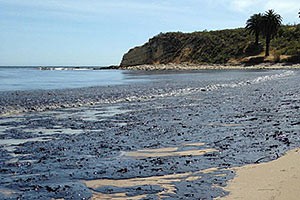 When a significant spill occurs, OSPR deploys a field response team of wardens, environmental scientists and oil spill prevention specialists to evaluate the incident and direct response efforts. OSPR uses a standardized emergency management system commonly referred to as the Incident Command System (ICS). Such a structure incorporates personnel from the U.S. Coast Guard during marine spills and the U.S. Environmental Protection Agency during inland oil-related incidents, as well as other federal, state, and local government representatives.

In California certain large vessels and facilities are required to develop oil spill contingency plans, each focused on providing best achievable resource protection in the event of an oil spill. OSPR also conducts drills and exercises (some unannounced), in an effort to promote readiness in the event of a spill. Participants include OSPR staff, representatives from the oil industry, and federal, state, and local governments.

As both a preparedness and response organization, the Office of Spill Prevention and Response has the California Department of Fish and Wildlife’s public trustee and custodial responsibilities for protecting, managing, and restoring the State’s wildlife and habitat. It is one of the few State agencies in the nation that has both major pollution response authority and public trustee authority.